Available for Customers and Promoters 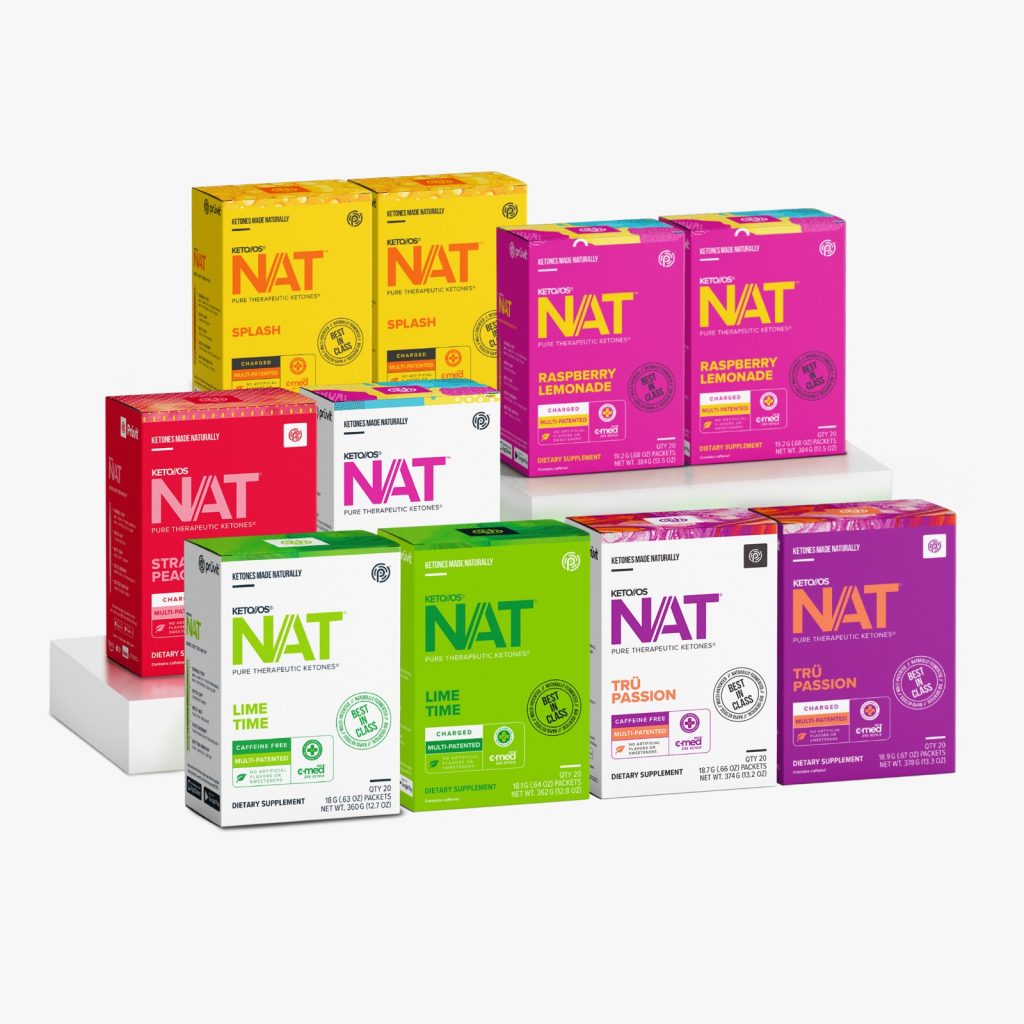 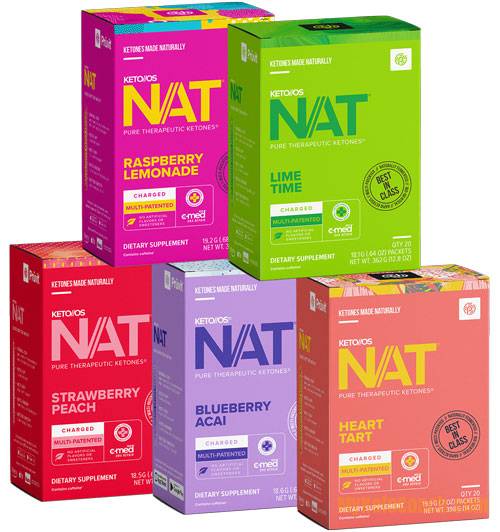 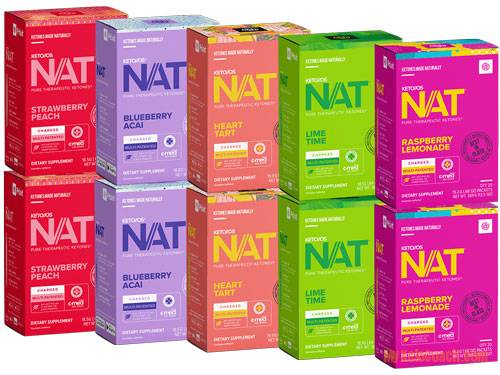 Keto OS® NAT is the next iteration, the new disruptive technology, the new innovation that Prüvit has brought to market in the world of ketones.

These Pure Therapeutic Ketones® are more bio-identical and stay in your body longer!

There are many benefits of ketosis and KETO OS NAT. Here are a few of the top benefits:

This video explains how it works and what you can expect from drinking Keto OS Nat Ketones.

Why is there sodium in KETO//OS NAT®?

Prüvit’s Pure Therapeutic Ketones® in KETO//OS NAT® need to be bound to something in order for the body to absorb and utilize them. Prüvit uses a combination of the minerals sodium, calcium, and magnesium to bind to BHB ketone salts, and a higher percentage of sodium specifically because sodium is absorbed very rapidly by the body. Those sodium-bound ketones get into the bloodstream faster, and the body can reach a state of ketosis faster! Calcium and magnesium are absorbed at a slower and steadier rate, resulting in the more sustained ketone utilization and benefits your body experiences after drinking KETO//OS NAT®.

How often can I take exogenous ketones?

Exogenous ketones can be taken multiple times a day depending on the outcome you want to achieve. Follow the specific directions printed on each product for the recommended daily dosage. If you do experience any side effects after introducing exogenous ketones into your diet, consider reducing your daily dose by half and increasing your water consumption. As symptoms subside, slowly return to the full dose. When first introducing exogenous ketones into your diet, start by taking them in the morning to allow your body to make use of the ketones without the presence of other fuels like sugar. If you want to do a second dose, we recommend taking additional ketones in the afternoon when you start to feel your energy dip, or before you enter a workout to optimize your performance.

What are ketones and what is ketosis?

Ketones, B-hydroxybutyrate (BHB), acetoacetate (ACA), and acetone, are molecules made in the liver from the breakdown of fats. This typically only happens when you’re following a very strict high fat and low carbohydrate diet, or fasting. When insulin levels are low and glucagon and ephine levels are relatively normal, fat is released from fat cells and travels to the liver. Here, ketones are produced and used as an alternative to glucose as energy to fuel the body.  Nutritional ketosis is the process of your body breaking down fat as a source of fuel and creating ketones. Supplementing with exogenous ketones like KETO//OS® introduces ketone bodies into your bloodstream without pushing your body into nutritional ketosis, allowing you to experience a range of health benefits.

Why would I take KETO//OS®?

Supplementing with exogenous ketones allows you to Øptimize your human potential and experience the whole-body benefits of ketosis, without having to follow a restrictive ketogenic or low carb diet which can be very difficult to adhere to.

Yes, our KETO//OS NAT® is vegan friendly as we use naturally fermented ketones and amino acids.

What are BHB Salts and where do they come from?

BHB is found in nature in many foods including eggs and milk. Salts are acids and bases bound by ionic bonds. Salt is a chemistry term used to describe a specific type of chemical compound. Technically, they are defined as ionic compounds formed by the neutralization of an acid and a base. They consist of positively charged and negatively charged components, which typically dissociate in water or water-based solutions (such as blood). In lay terminology, we call table salt, which is actually sodium chloride (NaCl) “salt,” but it is just one of many chemical compounds which are defined as salts.  The “BHB salt” is simply a compound that consists of sodium (Na+), potassium (K+), and the ketone body β-hydroxybutyrate. In the Keto OS product package, these individual components are being held together by ionic bonds; however, when you eat the product, it is absorbed into the blood where it dissociates into free Na+, K+, and BHB since it is a water-based solution. Thus, consuming the product directly and immediately puts ketones into your blood. Ketones are naturally slightly acidic, so the combination of BHB with sodium acts as a bit of a buffer to this acidity. Ketones will also naturally act as a diuretic, so you lose salt, potassium calcium and magnesium, and it is generally encouraged to increase sodium intake with ketones. The addition of sodium to the product will replenish this salt loss.

After achieving my health goal, why should I keep taking exogenous ketones?

Even if you’ve achieved your health goals, like a change in body composition or fat loss, you can still see several other benefits such as increased and sustained energy, focus and concentration, increased muscle growth and workout recovery.

What is a ketone?

What is the Keto Diet?

Yes, KETO//OS® NAT™ is both dairy and gluten free.

What Is The Source of Caffeine?

BUY NOW
Nutritional Disclaimer We are not certified nutritionists. Nutritional data is provided as a courtesy. Statements on this website have not been evaluated by the Food and Drug Administration (FDA). Pruvit products are not intended to diagnose prevent treat or cure any disease. If you are under medical supervision for any allergy, disease, taking prescription medications or you are breastfeeding contact your medical provider before adding any new supplements to your daily regimen.